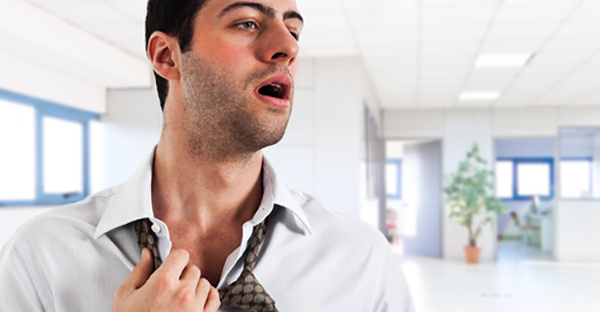 “My goal is to be able to wear a silk dress”. This statement came from one of my first patients in 1978 when I was specializing in biofeedback. At this point in my career I had no understanding of social anxiety or hyper-hidrsosis. Thirty eight years later, during which I have provided services to thousands of social anxiety sufferers, I have worked with countless patients where a fear of sweating has created social avoidance, panic, depression, substance over-dependence, and pathological self-esteem.

Hyperhidrosis is a condition characterized by abnormally increased sweating in excess of that required for regulation of body temperature. Like many manifestations of social anxiety it can be considered a silent handicap.

A specific concern for many who suffer from performance anxiety and public speaking anxiety is the fear of being noticeably nervous. Perfectionists are substantially at risk. This is because their obsessive energy puts an overload of pressure on the nervous system. This dynamic drives hyper-hidrosis.

The cause of hyperhidrosis is unknown. One theory is that claim it is caused by over-activity of the sympathetic nervous system. Anxiety or excitement can exacerbate the condition. A common complaint of patients is they get nervous because they sweat; then sweat more because they are nervous.

Productive treatment for social anxiety driven sweating and hyper-hidrosis integrates technique and core work. Technique is the paradoxical process of learning to accept rather than fight the adrenaline. This is not an easy thing to do as the mind-body (psycho-physiological reflex) becomes substantially ingrained for the typical sufferer. One patient, Kevin a successful lawyer stated that in a business meeting when he was sweating “I controlled my internal script and the sweating stopped about a minute letter”. He was able to accept the adrenaline in this high level challenge scenario. This took a lot of practice to learn this skill. You may want to listen to Kevin (look in our Clinical Interview section to the right).

Core work involves identifying and resolving the content in one’s “reservoir”. The “reservoir” is pertinent emotional content from one’s past. Much of this content is unconscious. Building on the therapeutic formula postulated by John Sarno M.D.,” the intensity of the emotion in the reservoir determines the necessity for physical symptoms as a diversion”. In other words the emotion is so strong that when it recycles it causes physical symptoms. This is the reason reservoir content needs to be brought to a conscious level.

In the reservoir are the seeds of embarrassment, shame, and humiliation. The shame can be so strong it can create avoidance or a phobia. The desperation can be so intense that many consider sympathectomies, an invasive medical procedure where nerves are severed to reduce sweating.

I have worked with a number of patients who experienced symapthectomies before they entered treatment with me. Many were disappointed with the procedure as it created a sense of internal imbalance. Also common was compensatory sweating in physical areas other than theoroginal area of concern.

Consider Jim who went for a consultation for this procedure. He opted out at the last moment and resolved his problem via The Berent Method.

Patient x was an intelligent, attractive, athletic 20 year old college student who had recently been in a carjacking where he had been shot and almost... Read more

For years I feared your arrival, like an unwelcome last-minute guest who spoils the party every time, humiliating me in front of all my other, importa... Read more

In 2012 Brandon Thomas committed suicide. His parents said it was driven by his “unbearable blushing.” Soon after, Dr. Enrique Jadresic, who has been... Read more

How can I relax in the simplest of situations?