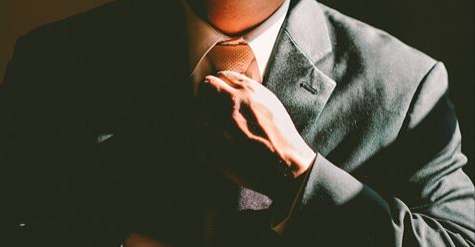 For years I feared your arrival, like an unwelcome last-minute guest who spoils the party every time, humiliating me in front of all my other, important guests. At first I had a hard time seeing you coming and was always caught off guard; then I came to expect you, so I stopped planning so many parties.

After a lot of work and introspection, I thought I had learned how to keep you at bay. But what I didn’t realize was thata my life became about keeping you at bay. You became my focus. When you failed to show up so often, I took it as a sign that I was doing well. And in many ways I was doing better. But I was measuring how well I was doing by the frequency and intensity of your appearance.

Now, I’m coming to realize that although dealing with you has been so very hard in many ways, just getting to that point is a very low threshold to reach in terms of having a good life.

At long last I’m learning that you are not some scary interloper bent on doing me harm. You’ve actually been trying to do me a favor, showing me in a way that was literally “in my face” that I was not respecting myself, wasn’t valuing myself above the assessments of others. Instead you were trying to tell me that I’ve been so preoccupied with what other people think that I have all but shelved my own natural impulses and desires about what I want out of life.

Unfortunately, for the longest time I misinterpreted your message. When I feel you coming, my tendency is to think, “Oh, no, not you again. What if people see you? I’ll be mortally embarrassed and humiliated.” And when I do that my focus stays on what people think. But now I know better than to stop there. My response, which is starting to come more naturally to me, is I am interested in getting the most out of this situation, both for myself and for others. Of course I am showing some signs of nervous excitement—that is normal. But I don’t have to worry if these people think I’m a good and worthwile person, because I know I am—that’s a given!

t has taken a really long time to get to this point. Part of me is angry about how much of my life I have wasted worrying about you. But there is nothing that I can do to change that and I have good years still ahead of me. I’m excited!

I’m putting more stock in what matters to ME. I’m putting my focus on envisioning things that I want to happen, rather things I fear happening. I’ve started asking for what I want, instead of assuming I can’t get it and never trying. Great new people are coming into my life. I find it easier to prioritize demands rather than being in a constant state of being overwhelmed.

The shift is energizing, but it’s still new and a bit scary. But I know this is the way I want to be.