Channel anxiety into high performance. A solution is here.

“The Berent Method integrates technique with core work. Technique is the paradox of learning to become adrenaline friendly. Core work resolves the emotions of embarrassment, shame, and humiliation. The objective of treatment is to master the psycho-physiology of performance.”

Listen to Tom
Sr. executive of a multi-billion dollar company, describe how he changed his life by resolving his deep rooted public speaking anxiety. Glossophobia or speech anxiety is the fear of public speaking or of speaking in general. The word glossophobia comes from the Greek glossa, meaning tongue, and phobos, fear or dread. Public speaking anxiety becomes a “disorder” when avoidance (phobia) occurs and when the mental and/or physical pain of the anxiety is substantial.

Almost everyone has heard that fear of public speaking is higher on the anxiety hierarchy than death for most people, but it’s hard to understand the reason for this.

Consider why: Carol was a homemaker and mother of two. She was an ovarian cancer survivor who once said “I’d rather be back in chemotherapy than speak in from of a group. With the cancer there was no judgment.”

Treatment with thousands of patients with public speaking anxiety at Berent Associates has demonstrated that the specific fear of judgment about being noticeably nervous is the singular most common cause that drives the fear. Examples of fear of being noticeably nervous include erythrophobia (fear of blushing), hyperhidrosis (sweating), voice stammering, and selective mutism.

The fear of being noticeably nervous is a big part of the untold story. One of the reasons this piece of the story is not well known is that many public anxiety sufferers are perfectionists. The last thing a perfectionist will do is admit they are not perfect. While the perfectionism is often a major positive variable for career success, it’s also been the energy that drives the anxiety. In “Obsessive Compulsive Personality Disorder as Etiology for Performance Anxiety,” Jonathan Berent describes how perfectionism drives performance and social anxiety.

Being noticeably nervous activates unresolved emotional pathology in one’s “reservoir.” This recycling energy is the force that drives physical symptoms. Most glossophobia sufferers can relate to the fight-or-flight response being overly reactive in a group challenge scenario. What they don’t realize is that their internal critical script drives the adrenaline, which drives the anxiety.

Many sufferers have at one time been good public speakers only to suffer a panic attack seemingly out of nowhere. Once this trauma occurs, hypervigilance and obsessive worry about upcoming challenges dominate, and can wreak havoc on their overall mood and career or academic performance. 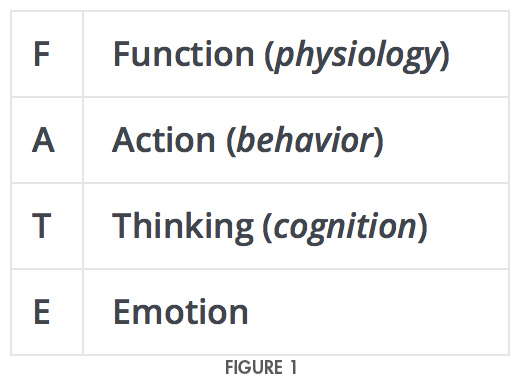 Listen to our clinical interviews for examples of successful individuals whom you would never think suffer from public speaking anxiety.  These high achievers said variations of – “this is the hardest thing I’ve ever done in my life” – about their successful and transforming treatment. The reasoning, which is another component of the untold story, is the deeply ingrained psychophysiological response and conditioning of the sufferer. In fact, the biggest confusion that patients bring into treatment is unawareness of how ingrained the mind-body response has become.

Anything less than this architecture trivializes public speaking anxiety disorder.

“It’s wonderful to strive for peak performance. It’s absurd to be paralyzed by fear of not being perfect.”

Performance anxiety within a public speaking context is based on worries about being noticeably nervous and losing control due to panic. Physical symptoms such as increased pulse, blushing, breaking out into a sweat, nausea, and eye contact difficulty are common. A myriad of deeper negative thoughts run rampant such as, “people will see who I really am”; “I will humiliate myself”; or “people will not get to see my true ability”. These are characterized by varying degrees of obsessive thinking. When public speaking anxiety and panic turn into avoidance, a social phobia is present. The more avoidance takes place, the more there is the risk of an avoidant personality disorder developing.

If you understand your public speaking challenge as an anxiety problem rather than just a skills issue, and are truly motivated to change, this is the program for you. Your performance anxiety is resolvable when you learn to control “the physiology of performance”, and understand “autonomic hypersensitivity” concurrent to emotional and cognitive restructuring.

It’s a secret shame, a “personal failure” C-suite executives seldom acknowledge: performance anxiety so crippling that they fantasize about an escape—changing careers, getting into an accide... Read more

Emotional work and physiology of anxiety for social anxiety.What is the difference between detachment and procrastination?
Life is passing me by due to social and performance anxiety. Can you help?How do you speak in group discussions?